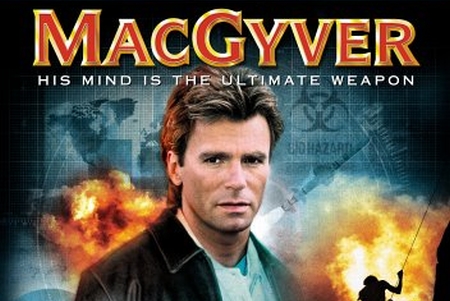 MacGyver is an American action-adventure television series created by Lee David Zlotoff. Henry Winkler and John Rich were the executive producers. The show ran for seven seasons on ABC in the United States and various other networks abroad from 1985 to 1992. The series was filmed in Los Angeles during seasons 1, 2 and 7, and in Vancouver during seasons 3–6. The show's final episode aired on April 25, 1992 on ABC (the network aired a previously unseen episode for the first time on May 21, 1992, but it was originally intended to air before the series finale).

The show follows secret agent MacGyver, played by Richard Dean Anderson. MacGyver prefers non-violent resolutions where possible, and refuses to handle a gun. He works as a troubleshooter for the fictional Phoenix Foundation in Los Angeles. Educated as a scientist with a background as a Bomb Team Technician/EOD in Vietnam ("Countdown"), and from a fictional United States government agency, the Department of External Services (DXS), he is a resourceful agent with an encyclopedic knowledge of science, able to solve complex problems with everyday materials he finds at hand, along with his ever-present duct tape and Swiss Army knife.

The series was a ratings success for ABC and was particularly popular in the United States, Europe, Australia, Taiwan, the Philippines, Bangladesh, the Middle East, Brazil, Canada, Mexico and New Zealand. Two television movies, MacGyver: Lost Treasure of Atlantis and MacGyver: Trail to Doomsday, aired on ABC in 1994. A spin-off series, Young MacGyver, was planned in 2003, but only the pilot was made. Merchandise for the MacGyver media franchise includes games and toys, print media and an original audio series. A feature film based on the series is being developed and may possibly be produced by 2013.
(copy/past from wikipedia)

Origamii Opinion :
D..., it's my best favourite TV SHOW of all the time !
Who never try to build a car with a chewing gum and paper ! And Richard Dean Anderson is my favourite actor !
My Special "Tv Show" Rank:
1) MacGyver
2) Stargate SG1
3) The Walking Dead